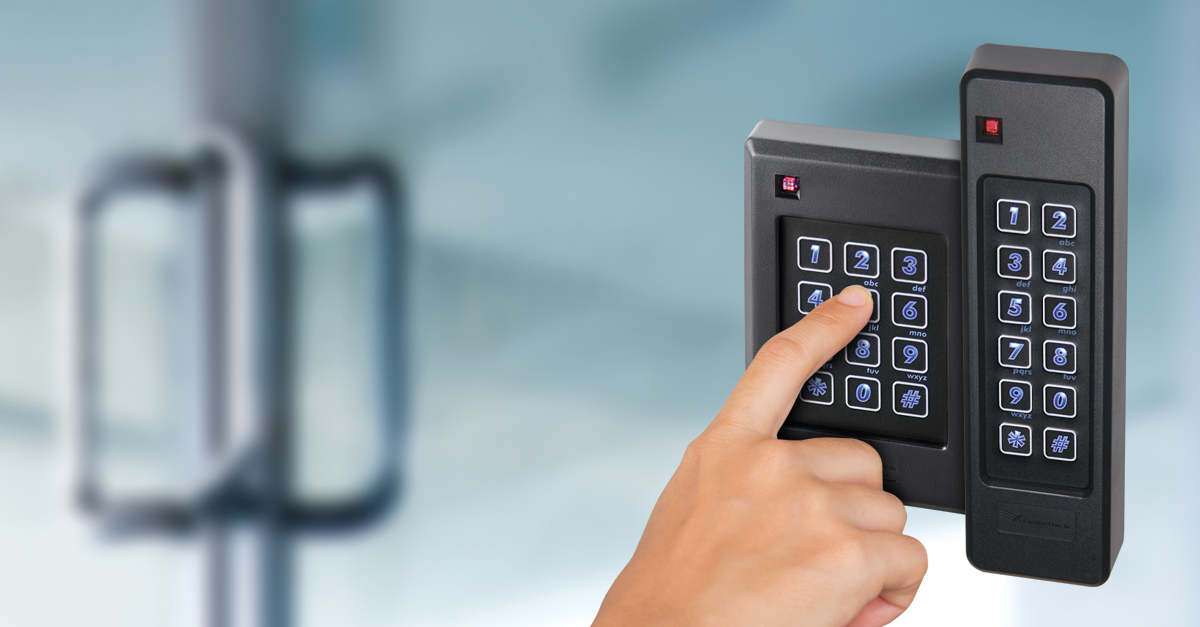 In access control, a PIN stands for Personal Identification Number. This is the code entered into the system via a keypad. Farpointe’s keypad readers support PINs comprised of characters, including numbers, letters and symbols. PINs are typically four to six characters in length, though they may be longer or shorter, depending upon purpose. PINs are not just used in electronic access control. They are used just about everywhere including applications as varied as banking, computer unlock and car access. There’s even an international standard that applies to PINs, ISO-9564, published by the International Organization for Standardization.

The PIN number is essentially as secure as the vigilance of the user. As Stephen ‘Shep’ Sheppard, Farpointe’s Key Account Sales Manager stated in an article titled A Simple Solution to Address Card Cloning, “this means the threat of card cloning is nullified as a PIN is not contained in a credential and, therefore, cannot be sniffed, copied or cloned.”

There are two main applications for keypad readers, Card or PIN and Card and PIN. Card or PIN means that, for access, either a credential, such as a card or tag, or a PIN may be used as identification. The PIN is simply used as an alternate form of identification. In Card or PIN applications, typically PINs are assigned to less frequent users, such as the cleaning crew, which accesses the site only once a week. Cards, assigned to frequent users, would be used by employees.

Card and PIN means that both a credential and a PIN are required to gain access. This is true two-factor access utilizing the PIN to verify the credential. Card and PIN is more common in higher security applications. For example, Card and PIN can provide stricter access to prescription drug cabinets or network server rooms. Additionally, it is good practice to consider setting keypad readers installed at perimeter doors, often a secured facility’s first line of defense, to Card and PIN; at the very least afterhours. Card and PIN is also considered a solid solution to address the threat of card cloning.

Both the P-640 and the Delta6.4 make use of 3x4 keypads, which describe the number of vertical columns and horizontal rows the keypad contains. A 3x4 keypad is comprised of three columns and four rows, which very closely matches the perspective of a single gang wall switch box. Likewise, a 2x6 keypad, such as that found on the P-620 and Delta6.2, is comprised of two columns and six rows. Its advantage is its narrow width, letting these combination reader and keypad devices fit neatly on a mullion. Note that both 3x4 and 2x6 keypads offer 12 individual buttons. And, importantly, all of Farpointe’s keypad readers' buttons are backlit by blue LEDs. This creates a two-fold advantage: One, the buttons themselves are clearly illuminated for simple use at night in the dark. And two, the blue LEDs illuminating the clearly numbered buttons look dramatic.

Farpointe’s keypad readers, the P-620, P-640, Delta6.2 and Delta6.4, are differentiated by several key advantages. The keypads themselves are based upon non-mechanical capacitive touch technology. Similar to the buttons found on today’s high-end appliances, these keypad buttons don’t wear-out. The keypads can be configured to communicate button presses in the most common protocols, including OSDP and Wiegand (4-Bit Burst, 8-Bit Burst or 26-bit Wiegand options available). The single-piece reader and keypad combination products are fully potted, meaning a tough epoxy-type sealant makes these devices both weather and vandal resistant. In fact, they carry an IP67 code rating. And, of course, all these keypad readers are backed by Farpointe’s lifetime warranty.

If your next electronic access control project includes the requirement of a PIN, I encourage you to consider one of the keypad reader products offered by Farpointe Data.